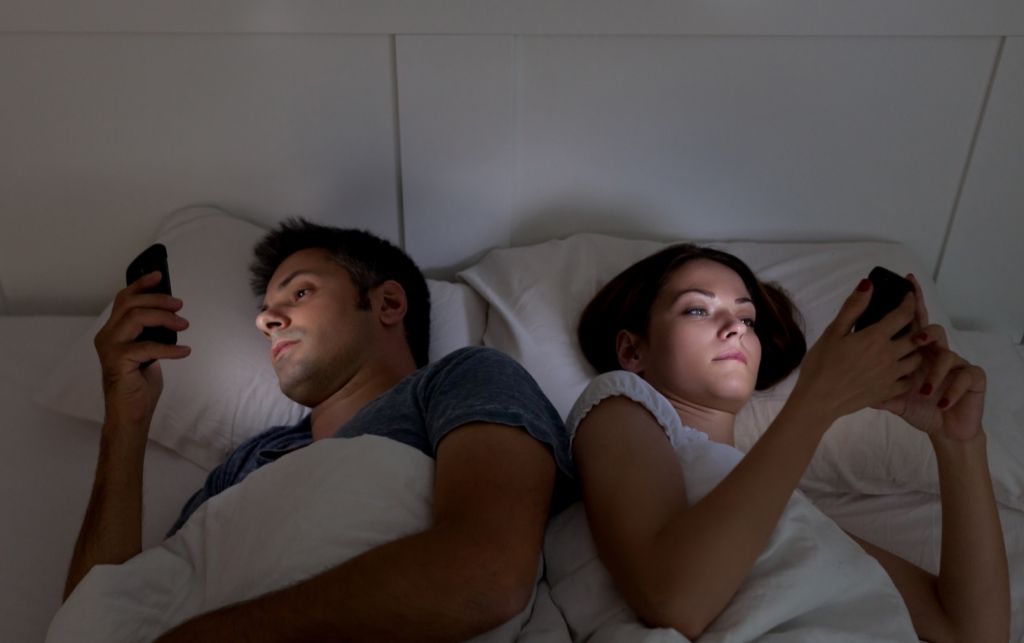 You And Your Phone Should Sleep In Different Rooms

We’ve all read (or chosen not to read) those annoying articles that warn us about the harm our cellphones are causing. They’re annoying because they’re true. If it’s intimacy, communication or simply sleep that our phones are depriving us of then don’t you think we should just let them go? I’m not suggesting throwing them out the window and driving over them with a steamroller… although that would be quite a sight. Here’s why you and your beloved cellphone should sleep in separate rooms.

It’s bad enough that many of us suffer from lack of healthy sleep on a nightly basis. Phones don’t exactly send in the cavalry to give us some much-needed shut-eye. The blue LED light on our screens actually tricks our brains into thinking that it’s still daytime. This means that while the clock glides into the late hours of the night, we’re hypnotized into believing that it’s still not bedtime.

Communicating With Everybody And Nobody

Social media has given us all an outstretched arm to the world beyond our reach. We can now speak to thousands of other device-holders anywhere else in the world. Unfortunately, this “communication” is somewhat fabricated. While it seems like we’re communicating with others through ‘likes’ and ‘shares’, we’re actually neglecting real relationships with the people within arm’s reach.

Ignoring The People You Live With

When your phone is in your hand, the world around you becomes a blur. You might be saying “yeah’s” and “wow’s” at the right moments, but you’re not truly paying attention to the important people in your life. Instead of endlessly scrolling through the facade-like lives of others on social media, try actually taking an interest, face-to-face, with the important people in your life.

Studies have shown that when a person is glued to their phone, surfing through the infinite abyss of social media, their mental health is at risk. That’s right – it has been found that this aimless scrolling causes depression, as well as impatience and aggression. Don’t you think it’s ridiculous to let a phone get the better of you and your relationships?

Doing Things That Need To Be Done

When you get home from work, think about leaving that phone on the dining room table. We burn irretrievable hours on our devices. Rather get active and productive. What about making dinner? Planning your next family vacation? Running yourself a tranquil bath by candlelight? You deserve so much more from your life, and so do those around you. We’re all put onto this earth with a purpose and an ability to fulfill that purpose. We can’t experience the vastness of the world if we’re staring at a box five inches away from our faces. Leave your phone in the next-door room and start living your own life.